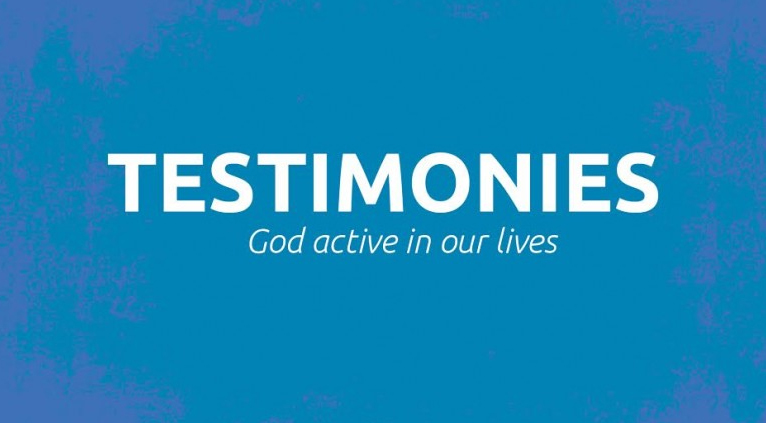 Here's an amazing story from one of our members!

"On the 16th October 2016, the pupil of my right eye suddenly dilated. It looked three times the size of my left pupil! Accompanying this came a severe migraine-like headache. My GP referred me to A&E and I subsequently spent five days in hospital in isolation in a mostly dark room where I received treatment for what they thought was bacterial meningitis, later re-diagnosed as viral meningitis.

I had numerous CT scans, X-rays, blood tests, antibiotics, a lumber puncture and an MRI scan as an out-patient. The NHS is incredible! The MRI showed that I had an abnormal mass on the right-hand side of my brain. After 8 days of neuro-surgeon review, they concluded that this ‘mass’ was ‘of no clinical concern.’

The symptoms continued and were severe. I had almost constant migraine pain, pain behind my right eye, tunnel vision, & I felt faint and dizzy. I experienced facial paralysis; I would stutter and sometimes lose the ability to speak. I was nauseous and would often vomit. I was unable to read and suffered memory loss. My hearing was dulled or extremely sensitised. Sometimes I could not open my eyes. At times I would suffer hallucinations and have violent and horrific dreams. The GP concluded that I was suffering from Chronic Cluster Migraines. My Occupational Health Therapist advised that I was formally categorised as “disabled.” I was unable to work at all between October 2016 and March 2017.

On the 20th March 2017, I went to a healing meeting led by Randy Clark at the King’s Arms Church Bedford. At one point in the meeting people began sharing words of knowledge for specific healing. The first word that I heard was ‘migraine’. I know that a lot of people suffer with migraines, but when that word was spoken my body started to tingle and I felt a jolt inside my head. I suddenly began to have severe pain behind my eyes.

The next word that I heard was, ‘mass on the right side of the head’ – suddenly the pain in my head increased. It felt as though someone’s hands were inside my skull and were moving things around and cutting things out! Next I heard the words, ‘pain behind the eyes’ – my eyes started to smart and itch. While people around me were praying I felt like my head was going to explode! The pressure – the movement inside my skull – the pain was immense! Suddenly the pain left and I opened my eyes. It felt like I could breathe again for the first time in five months! There was no pain whatsoever! It was the most extraordinary feeling of release – I was free!

The next two weeks were spent feeling completely exhausted – just sleeping lots! I could hardly believe the contrast of being now pain free! The headaches have not returned. My dreams are now much lovelier. I am still working on my memory and my ability to concentrate. I am learning to be kind to myself. I am working my way back into full-time work. And most importantly, I am able to spend really good pain-free fun time with my two boys and my family!

JESUS, HEALING AND OUR FAITH

COMMISSIONED TO BRING THE KINGDOM

Community Church Bishops Stortford (CCBS) is a registered charity in England and Wales No. 1166939 Site by VisualAdvance LEGAL